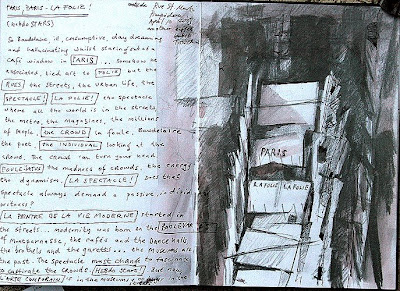 “We should talk less and draw more. I personally should like to renounce speech altogether and, like organic Nature, communicate everything I have to say in sketches.”