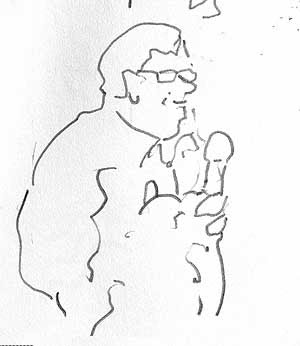 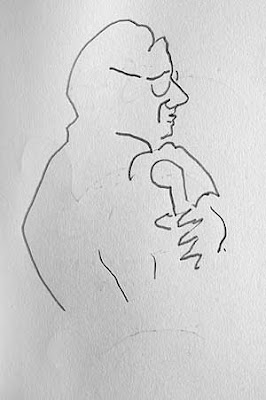 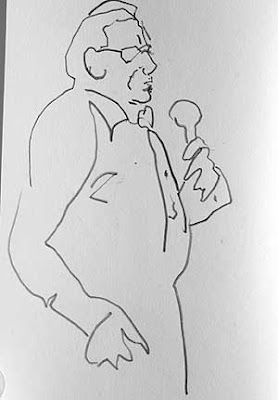 Yesterday evening, I went to a conference at La Musee Nationale de Prehistoire in Les Eyzies  after taking down my ‘Vérère / Célé’ exhibition of rocks & grottes at the Tourism Office.

The conference was “Art Parietal et Chronologie – de Chauvet à Lascaux” by Dr. Norbert Aujoulat, specialist in Prehistoric Wall Art at the Centre Nationale de Préhistoire. He has published the reference book on Lasaux: The Splendour of Lascaux: Rediscovering the Greatest Treasure of Prehistoric Art 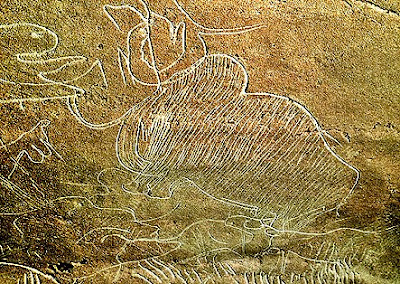 The Grotte de Cussac in the Dordogne

http://fr.wikipedia.org/wiki/Grotte_de_Cussac
It’s a bit annoying that there aren’t many photos published of Cussac. Cussac isn’t as much in the limelight as Chauvet. There was a rush of photos in the local authorities press release back in 2001 I remember 🙂 and thanks to the French Government ministry of Culture you can see (a few very small photos) of Cussac here:   http://www.culture.gouv.fr/culture/arcnat/cussac/en/notice5.htm

My brain is trying to ingest the importance of these but as a maker of images, I respond to them strongly. Maybe I don’t understand them nor understand what they meant to the image-makers who made them. I guess there’s scope for influence, even via misunderstanding & the inevitable effects of lifting them out of their social context.

The notion of a separate entity known as “art” is particular to western civilization. “Art” is a historical category of our own cultural tradition. Few other cultures have such a concept, and we can be fairly sure that Upper Paleolithic societies did not – Randell White, The Earliest Images.

Anyway, a little irony : stylistic datation of paleolithic art is a blunt instrument. Simularity of styles doesn’t necessarily mean influence or lineage. It’s just that art historians tend to categorise by same styles. It’s a blunt instrument because two people can arrive independantly at the same conclusion without ever having conferred. Conversely, simularity in styles doesn’t necessarily mean simularity of intentionality on behalf the the image-maker.

Cussac has wonderful lines. Making doodle-portraits is far from the goals of the artist(s) of Cussac. But just seeing those lines was an inspiration for me.

I digress… it was a fabulous conference. The world awaits more photos of Cussac. Well, at least I do.