‘Maison Troglodyte’ means literally a troglodyte’s house, or a subterranian house built into a cliff-face. Here the mouth of a cave has been converted into a little house with a door & two windows, with stone bench in front with the typically Périgordian motif of a ‘coquille St.Jaques’ (a sea shell denoting St.James of Compostelle). I like how the stone of the building is the same stone as the cliffs, the wonderful warm honey coloured stone that raises at the Couze valley & runs all the way to Terrasson. The weathering & staining further disguises the house.Troglodyte houses are typical of the Dordogne. They represent a continuity of inhabitation (or in-hut-ation, as I like to call it) which goes back at least 40 000 years, if not longer, going back to neanderthal times. Funny story: one of these troglodtye houses (Les Comberelles at Les Eyzies) used to be a cow shed. The prehistorian Denis Peyrony explored it’s dark nether-reaches, going back into the cave behind, where he discovered many hundreds of engravings on the stone walls, some of which represent aurochs – that’s to say prehistoric cows. 40 000 years plus of man & his docile companion, the cow!

The little construction above is a pidgeonnier – or dove cot. Actually I suspect it’s not a pidgeonnier but rather an owl’s nest, as the owls love to nest in the dark nooks & crannies. This lovely site has two stone sculptures of owls, os the creator of this garden is obviously an owl friend. 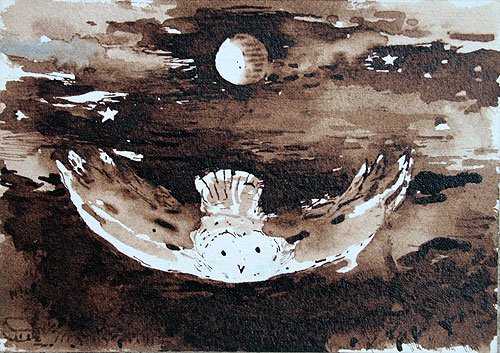 Here’s a detail of the owl hut large unfinished oil of the same place. Can see where it is in the above watercolour? 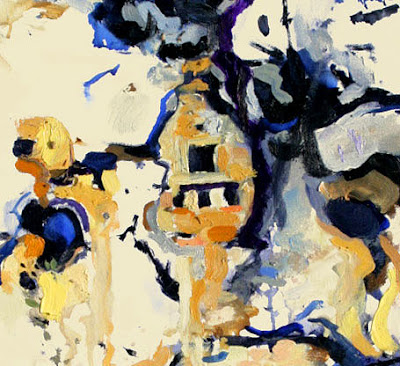