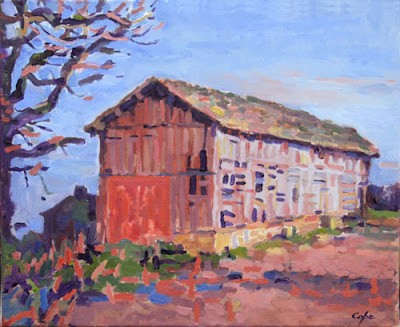 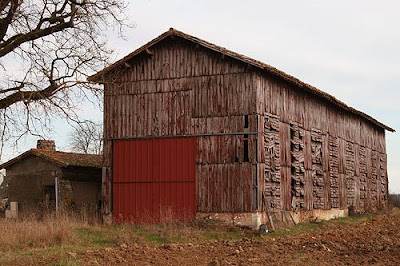 Wish there was a person by the door so as to give you an idea of the size. He wouldn’t even come half way up the red door! Amazing effort on behalf of this agricultor & co. Humbles me. 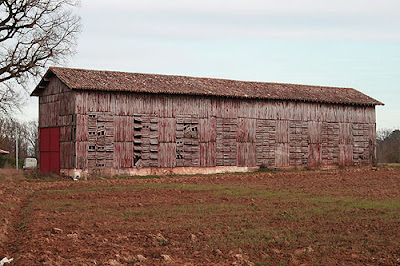 The sheer length of it makes me think of the long wooden huts of Saxon culture in the Dark Ages. 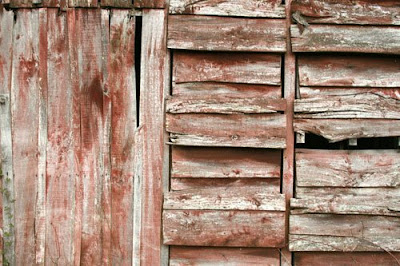 The shutters for the air current to dry the leaves of tobacco hence the east-west orientation of tobacco barns.

This barn is particuarly dilapidated, partly I suspect the farmer cut his criosote with red iron oxide aka haemitate aka the red earth. Partly because it is situated in the Lot & Garonne, & not the chic Perigord Noir near Sarlat where property prices are about thirty percent more. There it would be converted into a gite, tourist accommodation or maybe even a painter’s barn. Jackson Pollock had a simular barn as a studio. Soulages would be in sympathy as well. 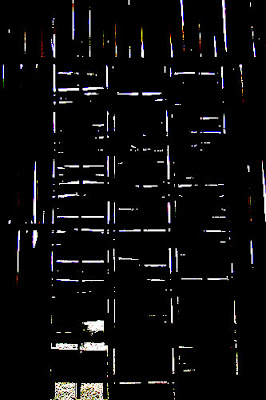 A huge white barn owl flew out – ‘La Dame Blanche’ . That would have made a superb photo! But I wouldn’t disturb the sleep of an owl knowingly, not for a meer photo.

NB. I paint mostly outside ‘en plein air’ so please don’t go thinking that I paint from photos inside the studio. I often take my camera out in the field with me however. I’ve got about 3 000 photos of places in the SW France. Not many as I throw out most of what isn’t of use to me as a painter. The process of binnning is helpful & critical to getting towards the good. I think only about 20 are any good as photos, independant of my painter’s interests. The other 2 980 are still useful to me as a painter.

“The comprehensive Atlas collection – the newspaper clippings, photos and sketches which are the source material for much of Richter’s work.”

Part of his ‘Atlas’ amounts to being a project to catalogue his world. His painter’s world. The world of his interests. Many hundreds – and I mean hundreds – of his reference photos are published up at his web site. Image after image presented in contact sheets. It seems to me that the ‘art element’ is carefully deconstructed in a deadpan way. Post-modern hoovering irony. I like it but it does disturb me. Challenges my classical roots, my debt to one of masters: Claude Lorrian. Most postcard views to this day are still constructed according to Claudian composition. Maybe the time has come for me to shake of Claude? Funny but when Richter turns to painting (probably inside a studio, using photos as reference), the composing habit frequently returns. Look through his Atlas & his paintings & you will see him returning to the classical idiom then rejecting it (for which he first became famous). 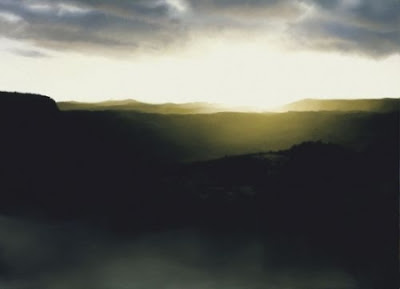 Here’s the reference photos for the above painting from his Atlas. Would you know the above painting was of Venice? In fact, looking at it on internet would even know it was a painting & not a photograph? It doesn’t have the typical ‘Richterian’ painterly look. Curiously, it’s the photographs that have the painterly feel. Look at the size of it as well. It must be fabulous painting in the real. 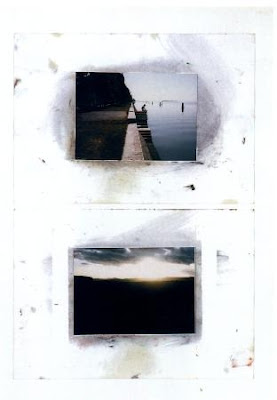 “For me there is no difference between a landscape and an abstract painting . . . I refuse to limit myself to a single option, to an exterior resemblance, to a unity of style which can’t exist. A color chart differs only externally from a small green landscape. Both reflect the same basic attitude. It is this attitude which is significant.” – Gerard RICHTER

Fascinating as, in fact, Richter’s ‘Atlas’ also dismantles the idea of photography as ‘truth’ by way of ‘if all these are true, where then lies the unique & absolute truth?’ There’s no effort to make one unique photograph that sums up that particular subject. They aren’t framed in the standard way. 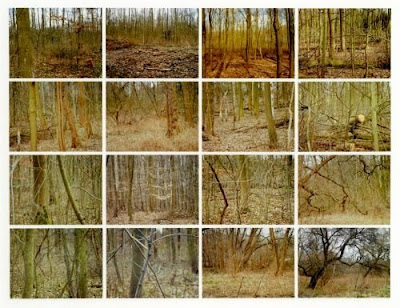 Look at this page of photos of a wood. As if he were just walking about taking photos, any photo except the one that conforms to the classic view that you expect to find on a postcard. 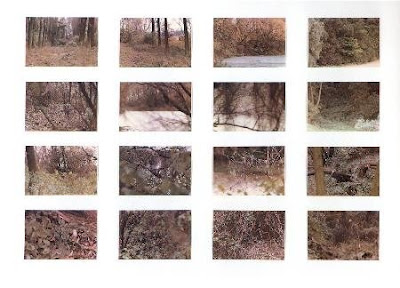 It’s that exactly that effort to sum up a view or an idea about a view that will save you from blindly dumb copying. At a certain stage in a plein-air painter’s trajectory, a decision needs to be taken about what you paint. Edit out the rest. Discard it. Ignore it or just enjoy it, in the sense “well that’s nice but it doesn’t need to be painted. Not by me. That’s not my thing.”

Knowing what interests you can save a lot of wasted paint. Taking time to reflect on your reference photos when you are not actually painting will help guide you to this knowing.

I like to look at my reference photos on my computer late at night. Dreamy time. Sometimes I see things I didn’t see ‘in the flesh’, in the real 3-D world. Mallarmé was always talking about that, as was William James:

“Remembrance is like direct feeling; it’s object is suffused with a warmth & intimacy to which no object of mere conception ever attains.” – William James

Developing the Proustian element to plein-air gives that ‘warmth & intimacy’.

Sometimes reference photos give me an idea for another painting I didn’t see ‘on site’ the first time. Scouting for paintings, finding them in the world, is a skill that a plein-air painter must develop. Sometimes the mechanical eye of the lens distorts things into focus that would have otherwise remained unseen. Hiding behind a camera is a lot less of a shock than painting ‘en plein air’, which is more like a head-on meeting, an encounter between the painter & the world. Sometimes it feels more like a collison… self meets the the world.

Before we even mention all that painful business of trying to make a painting, of the feeling ‘I can’t do this’… self meets the world meets painting…

It helps to have an idea of what you are trying to do.

Read more of the thread REFERENCE PHOTOS FOR PLEIN-AIR PAINTERS: