The Likeness Part of a Portrait – Watteau

To master the capturing the likeness part of a making a portrait, try doing the same head  three times.  Can you maintain the likeness consistently in all three drawings?

I am humbled by Master Watteau. Not only three drawings but three different angles as well. And look how beautifully laid out on the page they are. Almost like cinema… different view points, different angles. Different moments in time.  Ephemeral.

I’ve not succeeded in doing three on one page. Actually I haven’t yet tried , other than drawing the same people over & over again, such as the three views of Peter (on five e sheets of paper) in the previous post or the evolving suite of drawings of my children over the years, watching them closely as they grow. 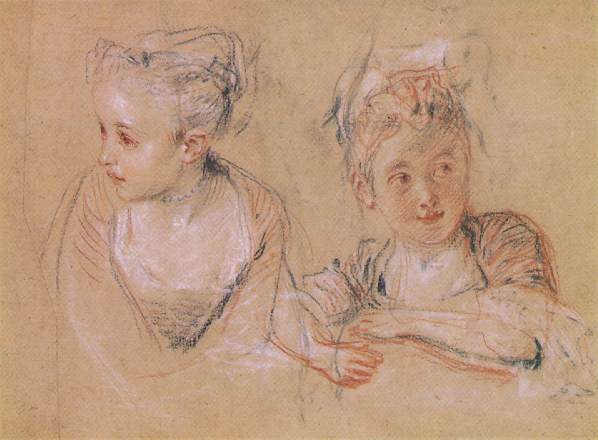 It surprises me the speed with which we recognize someone. Even when they’ve aged & morphed some over time  or we when only get a slight glimpse in a funny angle. Bang! We recognise them instantly. What is the mechanism by which see recognize the likeness of someone?

Watteau obviously enjoyed doing this type of ‘two of kind’ or ‘three of a kind’ portrait. Again on one sheet of paper : 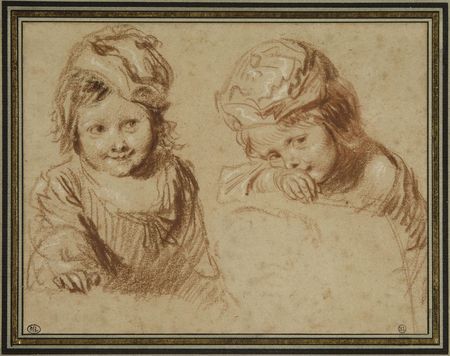 Cute isn’t she  🙂     I also warn anyone of the difficulties of drawing a smile… very difficult . I once sat for a painter friend who wanted to try this . I had to grin &smile for hours… it was very painful to hold a smile, which, after all, is ephemeral. Passing like all feelings & sentiments, shifting states of minds – ‘passing clouds’ my grandmother used to call them.. That portrait looked horrible too.

And so now to finish-off with, here’s some Eighteenth Century Rock’n’Roll : 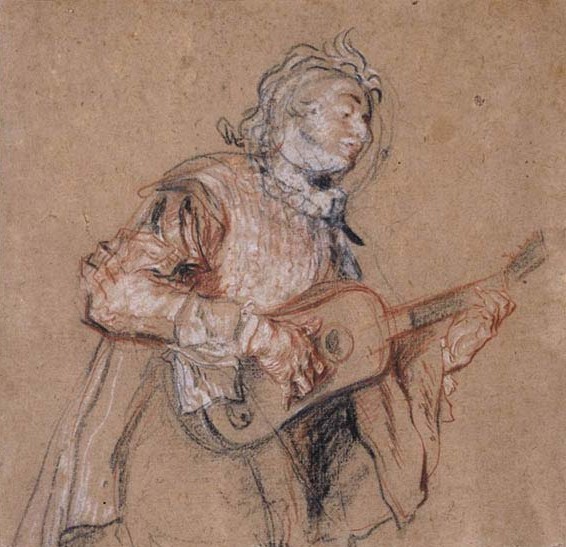 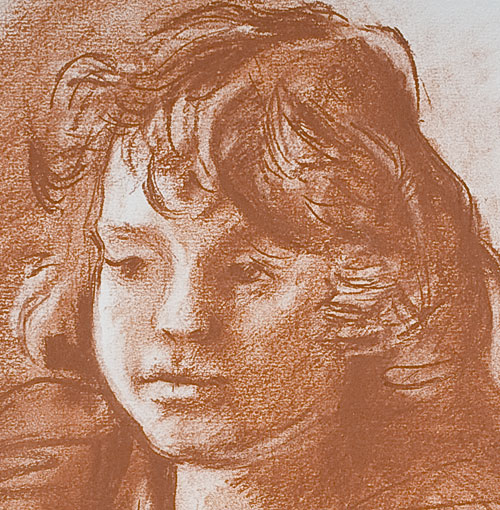 Some of my Drawings of Children