I did some drawings whilst exhibiting in ‘La Maison de la Boêtie’, opposite the Cathedral Saint Sardos of Sarlat. Some where done in 2006 as well. Here’s some drawings of the architecture of the Romanesque cathedral (thirteenth century) with it’s patron saint St.Sardos: 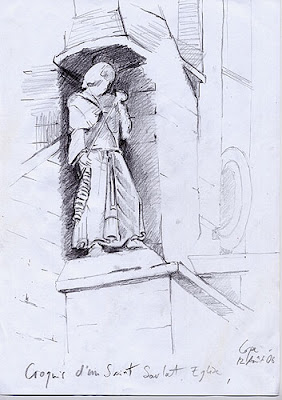 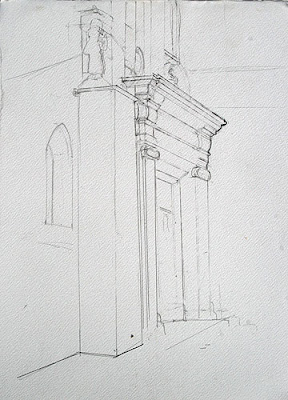 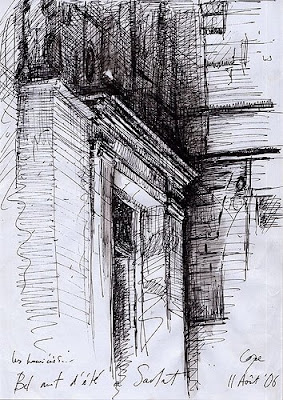 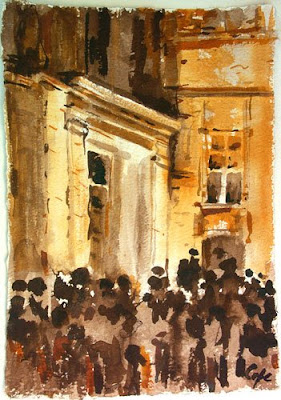 The strange bell tower in slate 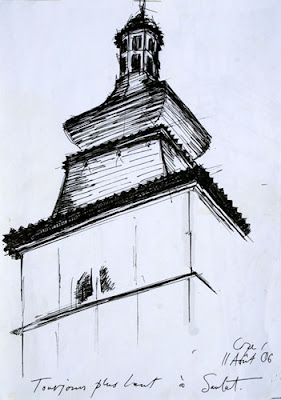 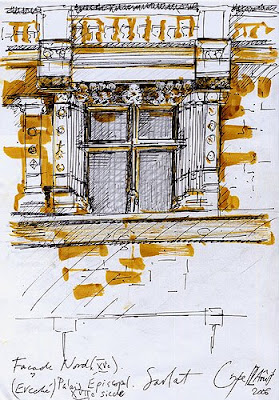 The archbishop’s palace, which joins on to the cathedral, in the flamboyant gothic style of the sixteenth century. 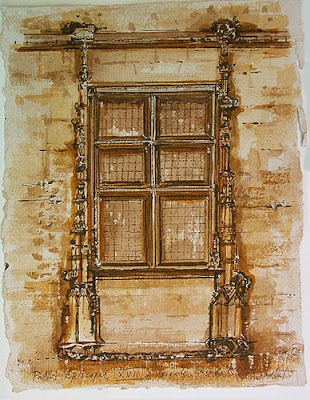