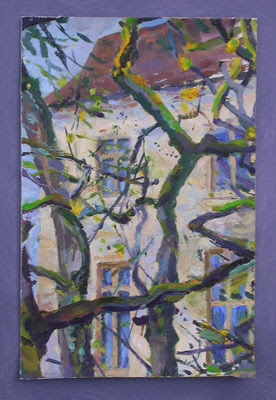 Another slow painting ending with a crop. It’s the sister painting of ‘Le Parc du Chateau’.

Jacquou le Croquant is a fictional character written by Eugène Le Roy. He was a Périgordien paysan (small tenant farmer from the Dordogne), who was unjustly exploited & cruelly mistreated by the local lord in his chateau. There’s a passage in the book where Jacquou looks up through the branches at the chateau with hatred & a burning desire for revenge. I wont tell the end of the story, suffice to say the Chateau de L’herm on which the story was based was burnt down & is now a only decrepit old shell. 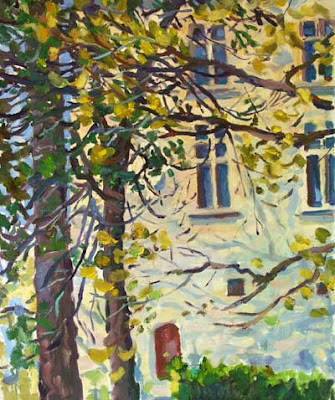